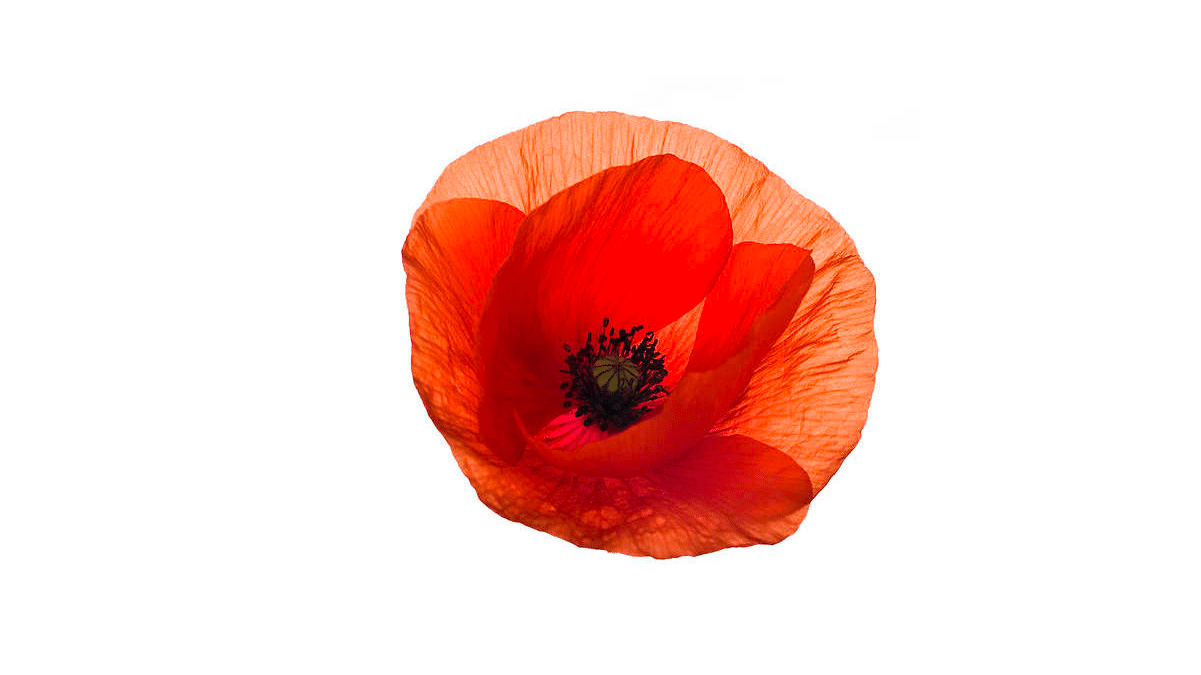 The Flanders poppy has long been a part of Remembrance Day, the ritual that marks the Armistice of 11 November 1918, and is also increasingly being used as part of Anzac Day observances. During the First World War, red poppies were among the first plants to spring up in the devastated battlefields of northern France and Belgium. In soldiers’ folklore, the vivid red of the poppy came from the blood of their comrades soaking the ground. The sight of poppies on the battlefield at Ypres in 1915 moved Lieutenant Colonel John McCrae to write the poem In Flanders fields (see The recitation). In English literature of the nineteenth century, poppies had symbolised sleep or a state of oblivion; in the literature of the First World War a new, more powerful symbolism was attached to the poppy – the sacrifice of shed blood.